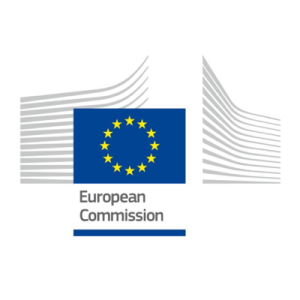 EU_Commission@social.network.europa.eu
News and information from the European Commission.

Part of an EU pilot project for supporting and using social media platforms based on open-source software.

Child sexual abuse is a real and growing danger.
📈 More than 2 million children are being affected every year.

9 months ago •
Tech companies have the skills and technology to detect abuse, and they should be responsible for reporting it.

9 months ago •
I’m not sure that’s strictly true. Detecting abuse is INCREDIBLY difficult to do reliably. If you depend on automated “AI” systems perpetrators will learn to get around them. If you use human moderators there is too much content to manually review and the mental health tole on moderators is devastating.

More needs to be done, but we can’t flippantly make directives & then make it tech companies problem to implement. You must with *with* them.

9 months ago •
This type of mass surveillance is a horrible idea. It just won't work and requires that absolutely everything on user devices is scanned and potentially being reported to some state authority.

9 months ago
@Christian Yup, all it talkes is for someone in power to flip a metaphorical switch to turn it into an Orwellian nightmare.
@Christian

9 months ago •
It will make it worse instead of solving the problem.

The End of the Privacy of Digital Correspondence The EU wants to oblige providers to search all private chats, messages, and emails automatically for suspicious content - generally and indiscriminately.

9 months ago •
You realize that the only way to prevent criminals from sending encrypted child porn is taking every single possibility of encryption from them, right? And that's kinda impossible since you can, well, just encrypt stuff. It's not like it's some black magic WhatsApp corporate secret one can just take down and done. It's maths, it's just there, anyone can do it, like you can't prevent me from adding 2 and 2 (which is 4, qed) by removing the plus symbol. And criminals will encrypt, since it's high stakes for them. You are just being a pita for every citizen and pouring gasoline into the populist anti-EU fire. You DO realize all of this, right?!

9 months ago •
I'm wondering how are you folks going to implement that.

After praising E2E encryption as a fundamental civic right, you're talking about client-side monitoring of messages. These statements are in mutual contradiction.

Also, how are you planning to implement that? Force all the major communication platforms (Facebook, Google, Apple etc.) to implement some form of "background agent" for EU citizens that forwards messages to god-knows-who? That would be a scalability and security nightmare, provided that you guys actually manage to convince a bunch of American companies to invest engineering resources to build such piece of bullshit that nobody needs. Also, all it takes to bypass it is to use an alternative chat client.

Force the major producers of communication apps to share their messages with you upon request? And how are they supposed to do it if the protocols use that E2E that you guys just praised?

Run an agent on every phone sold in the EU that scans all the running apps for new messages? Again, an implementation nightmare in a very fragmented market, and it would also open a huge backfoor for malicious actors.

As an IT professional I see so much bullshit behind this announcement that I'm not sure how any serious political entity could even considering toying with such dumb #chatcontrol ideas.
#chatcontrol